Share a memory
Obituary & Services
Tribute Wall
Read more about the life story of ELDER THOMAS and share your memory.

ELDER THOMAS K. STONE SR. was born in Indianapolis, Indiana to the late Mr. T. K. and Willie Nancy Moore Stone on April 5, 1937. He attended Manuel High School and worked in the Automotive Manufacturing Plant Industry where he held various responsibilities as a forklift driver and an assembly line worker producing quality designs, improving new developments, and complying with the manufacturing safety procedures at Ford Motor Company for 35 years.

ELDER THOMAS K. STONE, SR. was a phenomenal man of noble character who worked tirelessly to support his family, community, and church. He went above and beyond for others.  He was selfless, honest, righteous, and a generous man who never complained even during his illness. He was a loving, supportive, tower of quiet strength for his wife. He was an excellent husband, father, grandfather, and godfather, son, brother, uncle, cousin, and friend.  He was an awesome provider creating a home of comfort and order with laughter.  He was a strict disciplinarian with a soft and gentle voice and he raised his children with love, dignity, and respect.

On March 29, 1956, ELDER THOMAS K. STONE, SR. was united in Holy Matrimony to Carolyn P. and they became a loving family. ELDER THOMAS K. STONE, SR. accepted Christ as his Lord and Savior on November 22, 1981 and God blessed him with the Precious Gift of the Holy Ghost. Being led by God, he and his family became faithful and dedicated members uniting with Open Door Church of Deliverance under the Leadership of Bishop Rufus C. Hicks in December of 1981. As stated in 1 Samuel 13:14, ELDER THOMAS K STONE, SR. was a man after God’s own heart. His life was in harmony with the Lord by loving his brethren, being obedient, and allowing God’s word to be rooted in his heart.

ELDER THOMAS K. STONE, SR.  was an Elder par excellence, a wise counselor, skillful, knowledgeable, and conquering prayer warrior, who severed as a Deacon, Minister, and Elder, Sunday School Superintendent, President of the Minister’s Board, and Men’s Ministry over 40 years under the Leadership of Bishop Rufus C. Hicks at Open Door Church of Deliverance as a facilitator and gatekeeper. Later, he was proclaimed as a good and faithful servant and appointed Assistant Pastor at Open Door Church of Deliverance for 25 years.

Along with his son, Elder Thomas K. Stone Jr., ELDER THOMAS K. STONE, SR. became a beacon of light to Open Door Church of Deliverance Outreach Prison Ministry preaching and teaching at Marion County Jail, Liberty Hall and Wheeler’s Mission. He calmly navigated the charted course of his roles with grace, poise, wisdom, dignity and strength. His “down-to-earth” conversations drew a wide listening audience encouraging and leading others to repentance. He enjoyed reading and listening to God’s Word and it was his desire to live for Jesus.

ELDER THOMAS K. STONE, SR, went home to be present with the Lord on Thursday, November 17, 2022 at the age of 85 years 7 months and 12 days. He will be greatly missed by all who knew and loved him.

To send flowers to the family or plant a tree in memory of ELDER THOMAS K. STONE, SR., please visit our floral store. 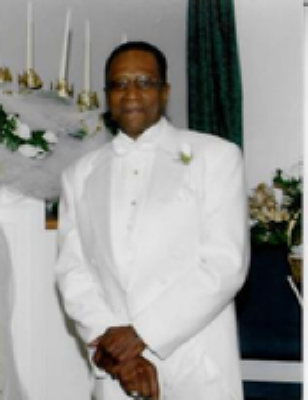